Latest updates from the campaign:

Endorsed by The Detroit Free Press

Judge Brady is proud to be formally endorsed for re-election by The Detroit Free Press. The newspaper officially released their list of endorsements for the 2020 general election last week. The entire list of endorsements can be found here. The Detroit Free Press has also compiled a Voter Guide which includes Judge Brady's answers to a number of questions that the newspaper asked of area judicial candidates. The Voter Guide can be found here.

Over his 18 years on the bench Judge Brady has frequently been asked, "what does the Court do with all the money it takes in?" Sometimes he tells the person that Judge Parker and he just split it. Before their jaw hits the floor he make sure to tell them that he is kidding and then explains what really happens in the world of court financial transactions. That information is shown in the tables below. The simple answer to the question asked above is that the Court is simply a "pass-through" and the Court doesn't keep a dime of the money it takes in.

As stated in the 47th District Court's 2019 Annual Report, the Court is part of the State of Michigan’s “One Court of Justice”. Although not an agency of either Farmington Hills or Farmington, by statute, the Court is mutually funded by both under a formula adopted by the two Cities that accounts for both population (10 year census data) and annual caseload. While being careful to protect the independence of judicial decision making (the Cities are litigating parties in the majority of the cases at the Court), the Court consistently strives to work with the Cities as partners in government to ensure the most efficient and effective use of public resources.

Judge Brady and Judge Parker work hard everyday to make sure that cases are heard in a timely manner, and thus within the time guidelines set by the state. The charts below show the true picture of that hard work.

You may ask, "How does a court dispose of more cases than were filed in a given year?" Well, there are a number of cases that are re-opened each year when people are arrested on bench warrants and there are also those cases filed late in one calendar year that get disposed of and closed out the next year.

The key stat to look at is the disposition rates and state averages. As you can see, the 47th District Court is doing very well in all four categories shown on that chart. 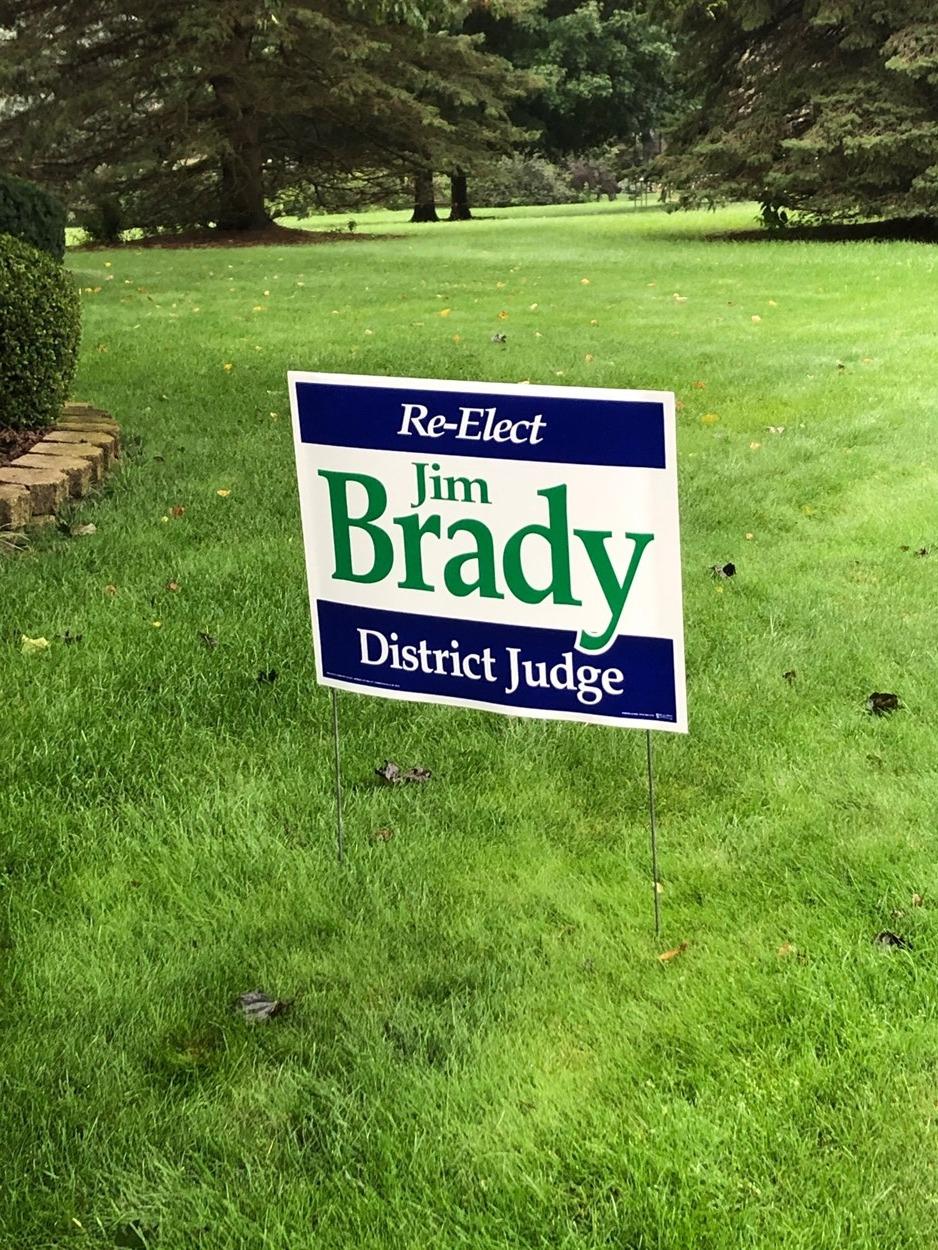 You may have noticed signs in support of Judge Brady's re-election campaign around town the last few days. If you would like to show your support by displaying a sign at you home or business, please request one by using the "Contact" page.

In 2016 Judge Brady was recognized for his public service when he was presented with the Oakland County Bar Association's 2016 Distinguished Public Servant Award at the OCBA's Annual Meeting.

Judge Brady was described by the OCBA as "the model for insightful logic, appropriate demeanor and deliberate, but fact based, legal analysis." Legal News reported that Judge Brady has earned a reputation for sticking to the principle that everyone deserves to be treated fairly.